Mike Moran of The Torchmen: Choosing to be a Cheerleader 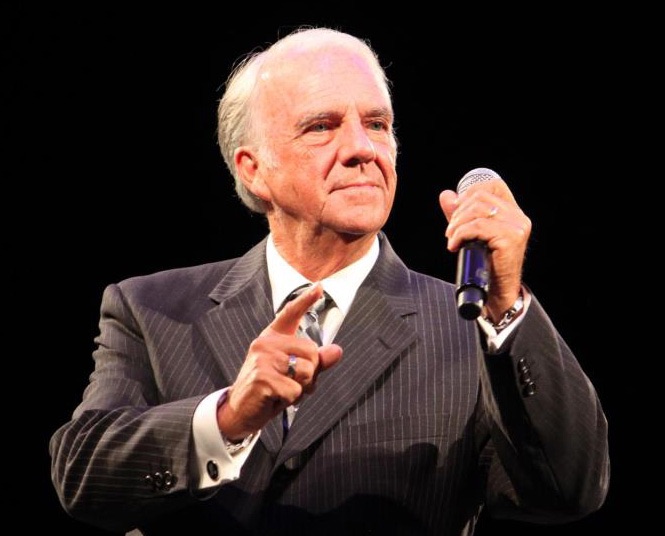 I sat in the audience at Praisefest, Niagara Falls 2015, listening to Canadaâ€™s own Torchmen perform. My eyes locked on Mike Moran. I have seen and heard this talented baritone many times before and as I watched and listened, I wondered to myself how many times had Mike walked on a stage such as tonight. I have known Mike Moran for many years now and recently, I had the privilege of sitting down with him for an interview.
Mike Moran was born in Galt, Ontario, which is now Cambridge. â€œIâ€™m a third generation of singers. My mom and grandpa were singers also and even had their own radio program back in the 40â€™s. Iâ€™ve been married to my beautiful wife Roberta, for 54 incredible years. I have three grown children and six grown grandchildren.â€ Mike was only eight when he first started singing. He continues, â€œI remember being in Hespeler Ontario and had to stand to the side of the pulpit so folks could see me.â€
The origins of The Torchmen were like many other groups, just a bunch of friends getting together to sing. â€œIn 1969 four men met at Fairview Mennonite Brethren Church in St. Catharines, Ontario. I had been part of the Hisey Brother quartet and after that group broke up, I was approached by Walt Andres asking me if I would be interested in joining as a lead singer.â€ Mike joined the group and sang lead for 10 or 15 years and then moved to the baritone position, which he has held ever since. For 46 years now, Mike Moran has sung with the Torchmen. The group has changed personnel over the years, but has always maintained the polished, professional sound that they are known for.

Some of the readers may recall that Mike hosted a radio program called Gospel North back in the late 80â€™s. He had a two-hour program on a Country 100,000 watt radio station. The station changed to a rock format and Mike left to go to another station, where the same thing happened. As Mike says, â€œI enjoyed doing it. It was a lot of work, but it gave me another opportunity to represent our Lord.â€ The CGMA (Canadian Gospel Music Association) presented Mike with a lifetime achievement award for his efforts.
I asked Mike what was the best advice that heâ€™s ever been given. His answer was instantaneous as he recalled that Glenn Payne of the Cathedrals told him to, â€œBe yourself.â€ The highlight of Mikeâ€™s career to date is being able to sing at the Grand Old Opry. â€œGod has allowed me the privilege of standing on that stage twice in my life. I also like to sing in an ecumenical church somewhere, to maybe 200-300 people and have someone come up after and say, â€˜Weâ€™ve been waiting a long time to hear a message like that in music, because we just donâ€™t have that in our church anymore,â€™ and to see tears in their eyes. That means everything to me, as it does the rest of the group. God has allowed us to do this for a long time and He rewards us with those kinds of comments. We received a letter from someone who was going to commit suicide and while listening to one of our songs, decided that life is worth living.â€ 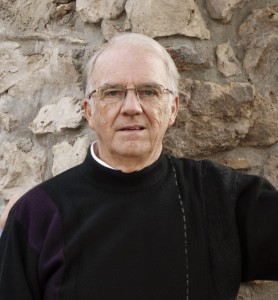 During our interview, Mike informed me of something that really impressed me. He mentioned that over the last three years or so, God has opened doors, allowing him to go into senior homes, sing a few songs and speak. Mike makes a point of asking them, â€œHow many folks here are retired?â€ Everyone of course raises their hands, but Mike points out, â€œNo you are not! You know the reason you are here on this earth? It is because you have a job to do. Itâ€™s our vocation as a Christian to witness for Jesus Christ, whether we are on a platform or at McDonalds. Itâ€™s our job.â€
Mikeâ€™s heroes are legends in Southern Gospel music. â€œI considered George Younce and Glenn Payne to be friends of mine.â€ Mike recalls speaking to Glenn Payne and Maurice Templeton on a couch in Red Deer Alberta. Glenn Payne told him that the very first place the Cathedrals sang in Canada was in St. Catherines and that he was always grateful for that. Glenn died not long after that conversation and it imprinted a lasting memory on Mike Moran. Mike added, â€œAlso, my mother Molly was a great source of inspiration to me.â€
Long-time friend, humorist and bass singer for the Torchmen, Jon Hisey, had this to say about Mike. â€œTrying to explain what inspired Mike to get into singing Gospel music is a little like trying to explain creation. I wasn’t there when it happened. My first introduction to Mike was literally when I was still in my mother’s arms and he was singing with my dad and my two uncles, in the late 1960’s. Gospel music is very easy to get into because there’s excitement, enthusiasm and camaraderie that are almost impossible to duplicate anywhere else. But there’s also a lot of work, long hours and struggles that make it very easy for someone to want to leave Gospel music. I’ll be very honest; Mike is very predictable and I think that if we look at how he interacts with others just starting in gospel music, we’ll very quickly see what got him into and kept him going for all these years.â€
Sandy MacGregor and I were at an awards banquet about a year ago and admittedly smirked at each other as we listened to a Christian artist tell people that after 10 years of putting his heart and soul into his music, that it was time for him to pass the torch to the younger generation and retire. Even after singing for more than 50 years, Mike’s attitude isn’t that itâ€™s time to retire; rather, itâ€™s how can I help the younger artists go further than I have? This isn’t an original thought of Mike’s, as he saw the same attitude coming from guys like George and Glen from the Cathedrals. They often referred to themselves as cheerleaders for the next generation of musicians. 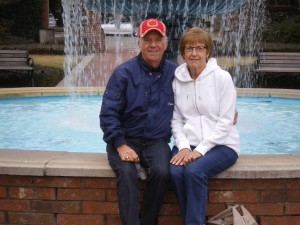 Mike has had many cheerleaders to keep him going. Obviously there are fans and promoters, but there have also been pastors, fellow musicians and support of family, even though it isnâ€™t easy when he is on the road. Mike, in turn, has always tried to encourage other artists, whether helping them in the studio, or giving tips learned from his experiences. He really shouldn’t offer tips on fashion, as he is colour blind and has been known to wear one brown boot and one black boot on stage at the same time. Also, I’m not sure that younger artists should take many tips on humor from Mike, but then, I’ve heard all his jokes many, many times! But the point is that Mike does not rest on his laurels and does not treat new artists as threats to his own success. That’s how he was treated when he started out and that cycle of encouragement is what has kept him there.
My final question for Mike was, â€œWhen itâ€™s all done and said, what do you want folks to remember about Mike Moran.â€ His simple answer was, â€œThat he was real. That he lived his life for the Lord Jesus, to the best of his ability, wherever he was.â€ Mike left me with one illustration of what he was talking about. â€œWe were in an airport in Charlotte, North Carolina, and a man came up to me and said, â€œYouâ€™re one of those Gospel singers arenâ€™t you?â€ He had seen the Torchmen in Louisville, Kentucky. Mike said, â€œThat struck me, because regardless of where you are, you are on stage for the Lord.â€
I have stated many times, that it is impossible to sum up a personâ€™s life in a few paragraphs. I have known Mike Moran for many years. I can say with no hesitation, that not only is Mike real, but his love for his Lord and for his fellow man is so obvious. I know Mike would love to hear from you, if only to let him know your appreciation for all his dedicated years. See Mike on Facebook or visit the Torchmen on the web.
“Jesus Saves My Soul” https://www.youtube.com/watch?v=2ca90y-Mqpw
“Light At The End Of The Darkness” https://www.youtube.com/watch?v=_20YqDU8dug