David Staton: Do We Really Want To Reach The Lost? 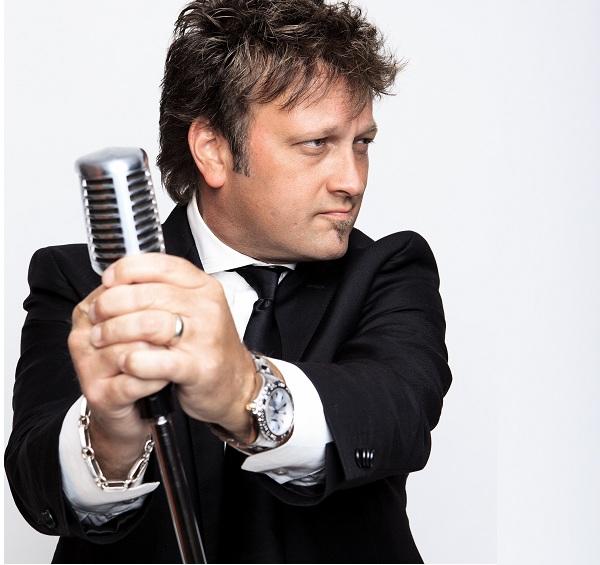 Ask any church member, pastor, gospel singer or evangelist why they do what they do and theyâ€™ll all tell you the same thing: â€œWe want to reach the lost.â€ After all, the great commission is a commandment to every believer, so it is only right to say that we want to win the lost. But I believe that something has gone terribly wrong. We say that we want to reach the lost, but Iâ€™m beginning to wonder if we really do.

I heard Billy Graham say once that if a preacher can preach about hell without a tear in his eye, something is wrong. Anyone who is familiar at all with the scriptures concerning end time prophecy has to realize that we are living in the very last hour before Christâ€™s return. Most of the time when I talk to Christians about biblical prophecy unfolding in front of us on the news and in the headlines, the response is, â€œYes, things are lining up and I am looking forward to the day the trumpet sounds and we will go to heaven.â€ That is a great thought if I am only thinking of myself, but what about the lost?

Many times we refer to those who do not follow Christ as â€˜the lostâ€™, almost like a group of people that are the sinful force in the world that fight against Christians. But that is not true. Think about those people in your own family and work place who know that you go to church and you know they do not. When you are together at the office or at a family gathering, no one wants an uncomfortable onversation or to offend the other and so the silence continues as the clock ticks away. Those people in your life are the lost and God has placed you in their lives for a reason. They have names and faces, and many have your family blood running through their veins.

Most of us in church were raised in church, heard the gospel in church and were saved in church. It only makes sense to us that when someone is ready to be saved, theyâ€™ll come to church like we did. I think we have adopted this mindset for so long that few churches ever reach beyond the four walls of their building to reach anyone. The reality is that those people will never come to church because theyâ€™ve more than likely never heard the gospel. They may have seen the legalism of church, but no one is attracted or drawn to that. So now that we realize that the lost are people closest to us, what are we going to do? What are we doing to reach them?

I see a lot of preachers who preach sermons directed to the lost, but they are preaching to the same congregation, made up of the same members who have been there for years. Theyâ€™ll hear a lot of comments like â€œamenâ€ and â€œthatâ€™s right preacherâ€ from the congregation, but their message isnâ€™t being heard beyond the church. I watch gospel groups go out every weekend and they sing a lot of old songs about heaven. I love those songs! Thereâ€™s nothing wrong with singing these great old songs about heaven, as long as they donâ€™t become lullabies that put us in a deep sleep. Thereâ€™s nothing wrong with singing these old songs as long as we are not pandering to the older generation because we know theyâ€™ll buy them. If that is your target audience, then that is your mission. That is fine as long as youâ€™re honest about it, but donâ€™t continue to put out your fifth edition of classic hymns and say that you are trying to reach the lost. Donâ€™t spend your winters touring Florida where you know so many elderly Christians are and say that youâ€™re trying to reach the lost. Itâ€™s obvious what your mission is.

I agree with Billy Graham about having sympathy and grief when talking about hell, but I would take that a step further. As much as I love singing songs about heaven, knowing it is my home and all of MY troubles will be over when I get there, my heart also becomes heavy when I think of those closest to me who will not be there. They wonâ€™t be in heaven; they will be tormented in a very real place called hell. That will be THEIR eternity unless I do something. And what I have to do cannot be done on a stage with a microphone under the lights that make me feel like a star in front of fellow church members and gospel music fans. I have to actually sit down for about 15 minutes with those closest to me and share the greatest story ever told. I have to be able to take my bible and show them why Jesus did what He did for us and explain to them that I love them too much to not share this with them. I have to show them in Luke 16 the conversation that could one day possibly take place between me, them and God and I do not want that to happen. I have to explain to them why Jesus is not a religion, as a matter of fact should they choose to follow Jesus, they will be following the most anti-religious person that they will ever meet. Whether they choose to follow Jesus or walk away, I cannot live with myself if I donâ€™t at least share the gospel with them. I have to accept that God put me in their life, maybe in their family for that very purpose.

I have been involved in gospel music all of my life, but my mission and ministry have dramatically changed over the last few years. My focus involves events that will actually get churches involved in reaching the lost people in their life. I can tell you that it is the biggest challenge I have ever faced. Not because itâ€™s hard to reach the lost. People are starving to death for the gospel, but many of the churches canâ€™t decide whether or not they want to try it.

Did you hear what I said? The churches canâ€™t decide whether or not they want to try to win the lost people who are closest to them. I can set up four microphone stands and sing those good old gospel songs, songs that appeal to the church, songs about heaven and sing 250 nights a year. Thatâ€™s what people want to hear. But when those good old songs only make us feel good about us, rather than motivate us to work harder to reach those around us, something is wrong. I am seeing clearly that is where a lot of churches are.

Prophecy is screaming at us in the headlines! Persecution towards Christians around the world is redefining the word, persecution! The signs are clear that we donâ€™t have long. If you are a preacher and you have not seen significant growth in conversions and baptisms, something is wrong. If your sermons are just psychological advice on how to be a better you, have a better positive attitude when facing troubles, wake up!

I am not criticizing or pointing a finger; I am begging you for the life of your church to preach like itâ€™s your last sermon. If you are a gospel artist, ask yourself what your mission is and then look at what youâ€™re doing. There may be a vast difference between the two. The next time you fire up that bus engine to do that same program that youâ€™ve been doing because you know it works, stop and think. If you knew that this was going to be your last weekend out, would you do what youâ€™ve always done, or would you be compelled to do something else? I beg you to do it! If you travel and sing or speak, bring your ministry home. It doesnâ€™t all happen on a stage, donâ€™t be afraid to sit down with those closest to you and really share the gospel. If you canâ€™t do that, please get off of the stage!

For currrent issues of SGN Scoops visit their mainpage.