Randy Byrd: Piece by Piece â€¦ Itâ€™s All Coming Together 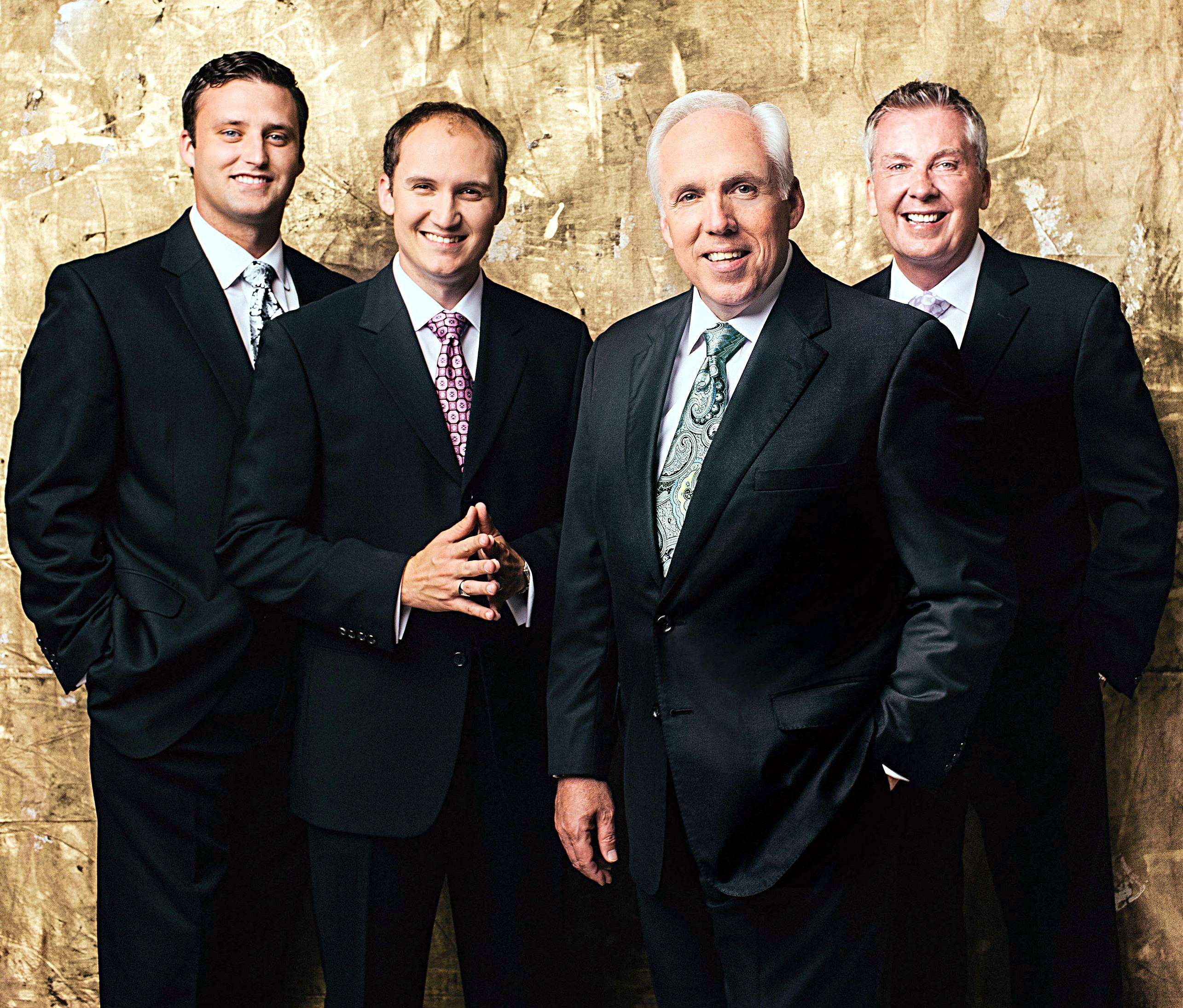 The pieces to Randy Byrdâ€™s puzzle have miraculously fallen together. However, the â€œfitâ€ happened a little later rather than sooner. Randy can vividly remember traveling to Robinson Auditorium in Little Rock, Ark., as a 12-year-old for a concert that included both the Kingsmen and the Cathedrals.

â€œI went home that night and I told my mom that I wanted to be a bass singer,â€ Randy says. â€œI got every Cathedralsâ€™ album I could get my hands on. I tried to sound just like George (Younce, the legendary bass singer for the Cathedrals).â€

However, Randy had to wait 28 years before even the outside edges of the jigsaw began to come into view. The road to full-time ministry was one that involved missed opportunities even from an early age.

â€œMy first opportunity to ever sing was with the Bob Wills Family in Fort Worth, Texas,â€ Randy â€“ who worked on an assembly line for 14 years in Missouri followed by a lengthy stint as a phone operator for a principal financial company in Des Moines, Iowa â€“ explains. â€œBob offered me a job full time when I was a senior in high-school. He offered it in October. I left home, and it all fell apart. The bass singer they ended up hiring was Jeff Chapman (currently a member of the Kingdom Heirs). Every time I saw him, Iâ€™d say, â€˜You have my job,â€™ but I was proud for him.

â€œI never gave up. I knew it was a dream. With local groups, I had already lived a dream. I wanted to do it full time for a living. I wanted to be in ministry full time singing. My heart was to sing and minister. I wasnâ€™t going to punch a time card somewhere.â€

He had been singing with an Iowa-based local group, Majesty, for more than five years when an e-mail from Mark Blackwood settled in his inbox. That message was too hard for Randy to believe.

â€œI thought it was a joke, so I didnâ€™t answer (initially),â€ Randy remembers. â€œI was just playing along (later on), so I answered it. It turned out that they (the Blackwood Gospel Quartet) were going to be in the area the next week. They had been there the week before and announced that bass singer Ken Turner would be retiring. Someone gave them my name. To this day, I donâ€™t know who did it. Two weeks later, I got the job.

â€œThis was the dream since I was 12. At the time, I was 40. I turned 41 later that year.â€ It was Randyâ€™s first professional job in Southern Gospel Music. The group later changed its name from the Blackwood Gospel Quartet to the Blackwood Brothers. 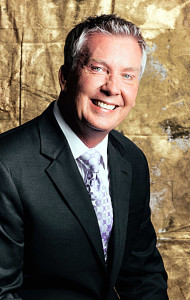 He was with the group from that time until 2012, when he relocated to Arizona during a tough period in his life. That stay out West lasted just six months before he moved back to Tennessee.

â€œI applied for 200 jobs and got two phone calls,â€ Randy points out. â€œI got in my car to come back to Tennessee. I was in the car for 10 minutes, and my phone started ringing.â€

Short stints with the Anchormen, LeFevre Quartet and Songfellows followed. He also did some solo dates. Thatâ€™s when another Mark contacted Randy: Mark Trammell.

â€œI was just praying for Godâ€™s guidance,â€ Randy shares. â€œMark called and asked if I would fill in (as the bass singer of the Mark Trammell Quartet). I said, â€˜Sure.â€™ After the first week, he asked if he could consider me (as a permanent group member). I said, â€˜Godâ€™s going to have to speak audibly.â€™

â€œI started the process of listening to the other 35 (candidates for the bass-singing position), but I didnâ€™t find anybody with the same kindred spirit and the same love of our music he had. As nice as they (the other candidates) were, I feared they would sing at the people instead of to them.â€

Randyâ€™s passion for the position was due in part to his fondness for his childhood heroes.

â€œMy favorite group was the Cathedrals, and Mark stood next to my hero,â€ Randy notes. â€œMy fiancÃ© (Tracy Kelley) and I sat down and wrote three very specific things, fleeces to God. They were highly unlikely and very detailed. I told Mark that I wasnâ€™t going to tell him what they were. He said, â€˜I respect that.â€™ We prayed specifically about income and benefits packages that are not industry standards. In two weeks, all three of the fleeces took place.

â€œI shared that with Mark after he offered me the job. We both cried. When you are where God wants you, itâ€™s good.â€

The fit felt right from the outset. He officially joined the group in July.

â€œWhen he hired me, Mark said, â€˜From the very first week you were on the bus, it felt like I came home and put my favorite old shirt on,â€™â€ Randy points out.

Mark adds, â€œIt just worked. From the beginning, it worked because of like-mindedness. We have a lot of history. I can start an old joke that has been told, and he can finish it.â€

Randy has been overwhelmed at the opportunity for many reasons, some of which pertain to past trials he has experienced. â€œWhen I left the LeFevres, I was so discouraged and distraught,â€ Randy remembers. â€œI felt like God wasnâ€™t in tune with me anymore. Anything was a big deal to me. I understood him calling me to fill in, but to me, the likelihood of Mark Trammell offering me that job, it was more likely for the local high-school baseball pitcher to get a call from the New York Yankees.â€

However, Randy is enjoying every minute of his opportunity in the â€œbig leagues.â€

â€œAfter being here for (five) months, itâ€™s beyond my wildest dreams,â€ Randy emphasizes. â€œMark is everything I thought he was. In other ways, heâ€™s totally different than I thought he was. He and Nick are the most caring people that Iâ€™ve ever been around. Iâ€™ve been around some great people in this industry, but they are the real deal. They really are.

â€œThereâ€™s not a night that goes by that I donâ€™t forget to come in when Iâ€™m supposed to come in, especially after Mark sings a solo. Iâ€™ll be more engrossed in him than anybody in the building. Iâ€™m still just the 12-year-old preacherâ€™s kid who got engrossed in this.â€

A significant concern for Randy in accepting the position was succeeding the groupâ€™s long-time bass singer, Pat Barker. Barker submitted his resignation in April.

â€œThey were looking for a replacement for Pat Barker,â€ Byrd points out. â€œThere is no bigger fan of Pat Barker than me. No one was more disappointed that Pat Barker was leaving this quartet than me. I would fight a buzz saw for this job, but if God ever made a way for Pat to come back, I would support that. Heâ€™s always been the consummate professional. Pat reminds me a lot of George, not in how he sounds, but Pat is just a great singer. Heâ€™s also is a great communicator from stage, and thatâ€™s what George was the master at.â€

Mark was aware of Randyâ€™s inevitable concerns. â€œRandy told me when he came, â€˜Mark, I cannot be Pat Barker, but I promise you Iâ€™ll be the best version of Randy Byrd that I can be,â€™â€™â€ Mark remembers. â€œWe didnâ€™t replace Pat. We just hired somebody so (that) Pat could go home.â€

Randy adds, â€œI was aware of it. My whole approach to it is this: I can never replace Pat. I can never be Pat. All I can be is me and be the best me I can be. Roger Bennett contacted me when he was forming Legacy Five. He contacted me three times wanting me to audition for Legacy Five. I told him that no matter who you put in that spot, they are going to immediately be compared to George. I knew my limitations. I wasnâ€™t prepared to assume that challenge. Glenn Dustin stepped into that role. He was compared to George, but he didnâ€™t let that bother him. I learned from that. I knew that I could never replace Pat, but I knew the reality of it was that somebody was going to take it. I learned from it. I wanted the chance, and people have poured their love out welcoming me. I was a little nervous going to (the National Quartet) Convention, because that would be the single biggest thing to where the fans would say, â€˜Youâ€™re not Pat.â€™ The Pat supporters have come and welcomed me. It is phenomenal.â€

The 51-year-old is quick to admit that he is happier now than he has been in a long time, due largely to more than just his opportunity with the Mark Trammell Quartet.

â€œI went through a divorce three years ago,â€ Randy shares. â€œI divorced one month shy of 30 years. I was blessed with three daughters, who have been my reason for living for the last three years. Iâ€™ve also been blessed with six grandchildren. I was alone for several months. Iâ€™m not cut out to be alone. I wanted a mate, but I wanted the one God wanted for me. Tracy, my wife, had been divorced for almost six years, and she was praying. Mike LeFevre introduced us. We became friends, and corresponded some on Facebook. Last year, at (the National Quartet Convention), we started hanging out some. About a month after that, we started officially dating. Once we started dating, it became apparent that we were both what was missing in each otherâ€™s lives.

â€œSheâ€™s the sweetest, most maintenance-free person Iâ€™ve known. She too has a heart for ministry, for singing. We have an 18-month plan. We want her to quit her job. If she wants to work on the weekends, thatâ€™s fine, but that way, sheâ€™ll be home when Iâ€™m home.â€

Mark adds, â€œRandy has been through hell. By Godâ€™s grace, he came through it, and God restored him.â€

Randy and Tracy â€“ who is a member of the Alabama-based mixed trio Hopeâ€™s Journey â€“ were married in late August.

It is Randyâ€™s hope that the evidence of Godâ€™s restoring power and bountiful blessings in his life will encourage others.

â€œI feel like Job. Everything Satan robbed from me three years ago, God has restored over and over. I feel like Iâ€™ve died and gone to heaven, not just the singing but with Tracy. Sheâ€™s my biggest supporter. Sheâ€™s my best friend. Iâ€™m fully convinced that I wouldnâ€™t be with Mark Trammell today if it wasnâ€™t for her and her prayers. She prayed right along with me the whole way, seeking Godâ€™s guidance, and Iâ€™m grateful for it every step of the way.â€

For more information on Randy Byrd and the Mark Trammell Quartet, visit www.marktrammellministries.com

SGN Scoops TV presents a live interview with the Mark Trammell Quartet on You Tube HERE.