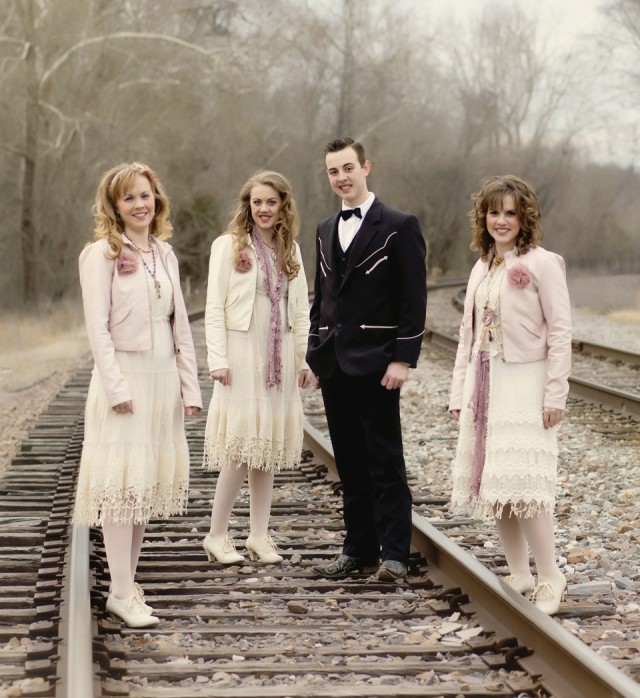 Â  Â  Â  Â Southern Raised is a brother-sister quartet who known for their commitment to the Lord and their love of bluegrass music. You will find that Lindsey, Sarah, Emily, and Matt all enjoy what they do as they bring God’s message through their unique mix of acoustic and classical music. They have been nominated for many different awards by the Singing News, the Diamond Awards, and the SPBGMA Midwest. The siblings have recently released their sixth album called Make A Difference.

â€œI grew up listening to classical music,â€ says Lindsey Reith. â€œI remember how it all began. Our parents had heard a message about family ministries and they began to pray and seek God about what kind of ministry we could do for Him.â€ Reith continues, â€œWe all grew up playing an instrument. I played the piano, Sarah played the violin and Matt played the cello. We never thought we would go off of our front porch, so to speak, but God had different plans. 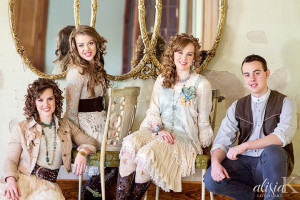 â€œSinging was not something we had always dreamed of; as I have said before we were classically trained, meaning we just played instruments.â€ Reith laughs, â€œThe first time we played, we had worked up an hour of instrumental compositions. I remember Mom telling us we were going to have to learn to singâ€¦ and we did!â€

When asked about working aside with Kevin Williams and Grammy-award winning engineer Bill Vorndick, Reith says, â€œWorking with Kevin was an amazing experience and a true honor. We met Kevin at the National Quartet Convention in 2012, in Louisville, Kentucky, and it was actually our last day. We decided to do some playing out in the lobby. Kevin saw the crowd and stopped by to listen also.

â€œOver the next year, we kept in touch with him. We were getting ready to record our sixth album and we asked him if he would be willing to produce it. God opened that door so that he could.â€ Reith adds, â€œKevin will keep you laughing! He prayed with us every morning that God would open our heart for His desire. Working with Bill Vorndick was also an amazing experience. He is a Grammy-award winning engineer, and is renowned for what he does. It was truly a dream come true working with both of them,â€ says Reith. 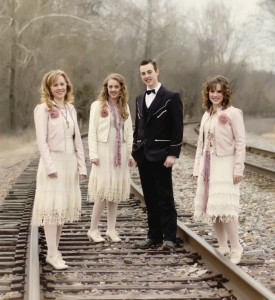 Southern Raised was privileged to appear on the show Nashville Country Revival which has been aired on Daystar, Heartland and TCT. Recently the show was added to Hulu and will soon be launched on Amazon Prime, bringing the siblingsâ€™ music to an even larger, more diverse audience. Still the siblings remain humble and true to their country roots.

â€œWe live in Branson, Missouri, and we have a farm,â€ Lindsey shares and laughs, â€œSome of our inspirations as singers would be Bach, Beethoven, and Mozart. Some of our favorite songs to perform are â€˜Good News From The Graveyard,â€™ â€˜Make A Differenceâ€™ and â€˜I’d Rather Have Jesus.â€™â€

Southern Raised has a busy schedule and Reith adds that some of their favorite states to perform in include California, Indiana, West Virginia, and Virginia.

The next time Southern Raised is in your state, be sure to make the drive to hear this special sibling band. You wonâ€™t be disappointed. For more information, visit their website at http://southernraisedbluegrass.com/