“Birds In The Vent!” 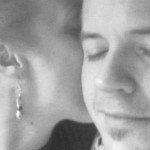 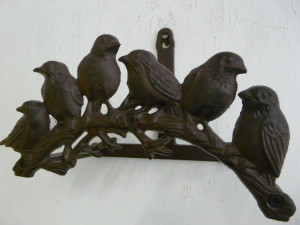 Late last month, as I was preparing to sing in eastern Ohio, a text came to my phone. “Jake (our son) thinks there’s a possum in our dryer vent hose.”

I called the house and Bailey (our daughter) answered. I called to make sure the laundry room door was shut, Sophie (our cat) was secure in another room and that the kids were alright.

I then called the local Police to get the number to Animal Control. They sent an officer to the house and (of course) the animal wasn’t making any noises in the hose. The officer checked things out and said that the vent went out near the top of the house, so the animal was more than likely a bird or a bat.

I arrived home on Monday and the house smelled HORRIBLE. I knew WHATEVER it was, it was dead and the Landlord (who Y contacted) had not called us yet, so I decided I had better remove the deceased animal.

I purchased a doctor’s mask, (for the smell) some rubber gloves and I grabbed my trusty Phillips Head screwdriver..and just as I began removing the hose from the back of the dryer, the landlord called and said he was sending a maintenance man right away.

There were 2 dead birds found in the hose. He retrieved the birds and placed a animal screen over the outside vent, to keep critters from following the path that killed the last 2 birds.

Funny, but I was prepared to get those birds out of the hose myself. I was “Sitting on Go.”

There are times when we can pray for God’s protection, prepare, take precautions, set boundaries, yet a bird can still get in the vent. Let me say that we SHOULD AND NEED TO DO ALL the things that I’ve mentioned!

But what if a bird STILL gets in the vent?

The Bird that I’m referring to can be a “seemingly innocent” friendship, a toxic relationship or the beginnings of a bad habit.. We MUST take ACTION immediately! That’s when WE have to put action behind our words and prayers and REMOVE IT.

It usually happens. A catastrophe of some sort once my husband gets on the bus for a week. The usual suspects have been a clogged garbage disposal or toilet or anything else that could possibly break. This was different.

I called home as I pulled onto the interstate to tell Bae I was on my way home from work. She is very dramatic about a noise in the laundry room. I assure her it’s not a “rat” and probably leafs that has blown into the dryer vent coil. Then …. I get a call from her brother. Now I know it’s serious. He’s always the calm and responsible one. We have an issue.

I called Bryan. I know he’s hundreds of miles away but I need a little help. I’m in rush hour traffic and imagining a possum chewing through the coil and eating our cat alive. So, he calls animal control and they dispatch an officer.

I passed the Officer leaving our house as I pulled onto our street. He could do nothing but reassure Bae that it wasn’t going to get into our house and determine it was likely a bird as the vent placed high on the outside of the house did not have a cover on it. So, we shut the door and waited Bryan’s return. By Sunday evening the smell was apparent and the noises stopped. We learned 2 birds had not only flew in the vent but actually got into the back of our dryer near the vent opening. Yikes! We had to clean that part of the dryer to ensure that we wouldn’t have future smelly clothes.

Made me think of how often times, out of nowhere, a situation can arise that we think “how did this happen?” Well, this happened because the dryer vent was not properly protected. A small screen would have kept this from happening. A preventative measure that is seemingly very small was overlooked or forgotten. Often times, we do not take precautionary measures with our own lives. We forget to take a moment to inspect and ensure we have all our vents covered. Or we see something that needs protected and say to ourselves “that’s too much trouble” or “what’s the likelihood it will ever become a problem?”.

The enemy looks for just those small seemingly obscure openings to get into our lives. Then once in he will go to great lengths to make your life “smelly”. He also will continue to affect your future unless you completely rid all signs of him from your situation. In our case, we took the back of the dryer off and scrubbed to make sure the remains were completely gone. We have to do this in our lives too. Don’t just “surface clean”. Peel back the layers and do a good scrubbing so your future is not affected by the remains of the enemy.

From Both:
Just like the maintenance man ended up putting a small screen over the outside vent to prevent further animals access to the hose… We MUST also put boundaries in place. For our protection.

1) No hidden communication with the opposite sex. It protects you, your marriage and their marriage/relationship. A female friend texted me (Bryan) recently and Yvonne and I BOTH responded back through Facebook. That protected OUR marriage and our friendâ€™s marriage. Anything hidden is toxic. No matter WHAT the subject matter is.

2) Behind your relationship with God, your spouse comes next. If your spouse has an issue with someone, HONOR your spouse, your marriage and distance yourself from that person.

John 7:24 “Do not judge by appearances, but judge with right judgment.â€

Sadly, but some people want to see your marriage and your commitment to each other destroyed. Or they see it as a CHALLENGE. Some may think THEY are the exception. Maybe they went to school with you, church or worked with you. Discuss the relationship with your spouse and seek Godâ€™s wisdom on how to handle it.

James 1:5 â€œIf any of you lacks wisdom, let him ask God, who gives generously to all without reproach, and it will be given him.â€

Ask God to reveal to you the MOTIVES of those in question.

3) If it takes a TOTAL BREAK from that toxic relationship- take the bull by the horns and DO IT. No exceptions. Draw a line in the sand for your spouse and family.

Will it be scary? Probably. Will it be uncomfortable? Yes. In the end, will it be worth it in the end? YES.

Being blunt- don’t sit, ring your hands and pray “God, I know THIS IS WRONG, please forgive me!” or say “All this person does is bring unneeded drama to my life and it’s hurting my marriage” and then still sneak behind your spouse’s back, or your employer’s rules or God’s Word and continue in the bad behavior and expect God to do anything about it!

Grow up and PUT YOUR FOOT ON THE SERPENT’S HEAD AND CRUSH IT.

There are certain things in life that we have NO control over.. But MANY things we DO have control over!

Take control. Honor your marriage and your commitment to your spouse and God. The longer you allow â€œthose birds to stay in the ventâ€..the worse the smell will be.

Ephesians 5:22 â€œWives, submit to your own husbands, as to the Lord.â€

Ephesians 5:25 â€œHusbands, love your wives, as Christ loved the church and gave himself up for her.â€

Jesus Christ gave the greatest example of how to love our spouse. Giving Himself for the church- His bride. We need to give ourselves for our spouse.
God wants us to NEED Him. He wants us to TRUST Him. However, He gives the ability to ACT on those things that we CAN DO.

Fight for, defend and protect your marriage covenant with your spouse. God will honor that and He will ultimately be glorified.

Check out all of our articles and devotions at http://journeywithbryanandy.wordpress.com/