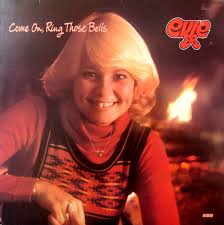 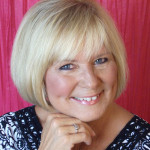 â€œPlease let the readers know that for me, it just isnâ€™t about singingâ€”it is about Jesus.Â  I want Jesus to be evident in my life at the grocery store, at the cashier, on stage.Â Â  Itâ€™s all about Jesus.â€

The above statement was the result of a conversation I had the privilege of having with Evie Tornquist Karlsson.Â Â  Evie was kind enough to phone me after I requested an interview. For perhaps 20 to 30 minutes, this beautiful woman of God was gracious enough to share some of her life with me. However, she stressed to me that above anything I write about her, Jesus must be first and foremost before anything else.

Evie was and still is one of the main influences in my Christian life.Â  Often I remember my wife and I driving in our old Ford Maverick, listening to Evie sing â€œMirrorâ€ or â€œBorn Againâ€ or one of her many other songs.Â  Evie, which is short for Evelyn, was very popular in the 70â€™s and 80â€™s.Â  My wife Judy and I used to sing in church and one of the songs we chose was Evieâ€™s song, â€œBorn Again.â€ 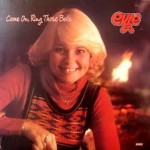 At this time of year, Evieâ€™s influence can often be felt through the playing of the Christmas song that she made famous, â€œCome On, Ring Those Bells!â€ written by Andrew Culverwell. The album was released in 1977 when Evie was 21 and was instrumental in making her a household name that holiday season. The song is still played and sung by a range of artists, including Jeff and Sheri Easter, Kristen Chenoweth and the Dixie Melody Boys. The album itself was one of three releases that garnered Evie Grammy nominations for Best Contemporary Gospel Performance.

Evie says she was very young when she began to sing. â€œI remember standing on a stool, singing along with my mother as she played her guitar.â€ Evie continued, â€œMy first public appearance was about 14, I think.â€

Evie was about 16 when she released her English language debut album.Â  That was 1972 and she went on from there to release more than 30 albums, including several in various Scandinavian languages. (1)

Recently, a very close friend and cousin of my wife passed away due to cancer. Betty was an amazing woman of God. After she was promoted to Heaven, I began searching through some songs on You Tube and came across Evie singing on one of the Gaither videos.Â Â  She was singing, â€œI Shall See You Soon Again.â€ What a blessing that song was to me.Â  I had never heard that song before and Evie informed me, â€œMy husband Pelle wrote that song.â€Â  For me, that song was one of the most beautiful Iâ€™ve ever heard.Â  When Evie sings that song (which Iâ€™ll attach at the end of this article) her face shines with the love of Jesus.Â  To me, a child of God cannot hear a song like that, without experiencing hope and glorious anticipation of what is yet to come for those who have given their lives to Christ. 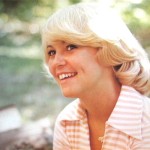 Evie was born in Elisabeth, New Jersey in 1956 and is from Norwegian descent.Â  Evie married a Swedish Pastor, Pelle Karlsson.Â  Evie says, â€œI am truly a blessed woman. I have been married to my life-mate for 34 years and we are blessed with two children.Â  We have an amazing son, Kris and a beautiful daughter Jenny, who has blessed us with our first grandson, Matt.â€

Evie continued, â€œOur son Kris has been a blessing to us and is the producer of my latest recording, Songs from the Hymnbook. She adds, â€œKris is a gifted song writer and musician and adds beautiful background vocals on this project.â€ Evie was also a guest on the recent Gaither video entitled Women of Homecoming.Â  Evie recalls, â€œWe had an amazing time together, it was a womenâ€™s sororityÂ of faith.â€

I do not have the space allotted here to list all Evieâ€™s accomplishments and many recordings. One of her accomplishments was that she was recognized as theÂ Dove AwardÂ recipient of Female Vocalist of the Year for 1977 and 1978. (1) Evie was also inducted into the Gospel Music Hall of Fame on February 22, 2005 and was one of the inaugural inductees to the Christian Music Hall of Fame. (1)

As I write these articles, I have noticed a reoccurring pattern, especially with long time artists like Evie, Calvin Newton, Bobbie Jean White and many others.Â  Each one of these gifted artists has but one desire.Â  Each one has expressed to me, each in their own way, that they want Jesus to be the focal point of their lives.Â  Evie is no exception. She expressed to me that Christ must be evident in her life, regardless if she is singing on stage, or she is at the grocery store.Â  He has to be the focal point that people see in her.

I believe with all my heart that God has allowed me the privilege of getting to know in some measure, beautiful Christian artists like Evie. She possesses the same attitude and spirit, which I felt years ago, while talking with Jake Hess and James Blackwood. These are Godly men and women who want nothing more than to serve Christ, with every fiber of their being. After I research and speak with these gifted artists, I seem to grow a little more spiritually.

In my opinion, it is nearly impossible to watch a Billy Graham crusade or a Gaither video and listen to Evie and other gifted artists and not be 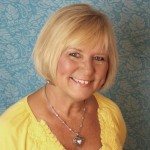 captivated and enthralled by the spirit of God that these beautiful singers all possess.Â  I recall saying to Evie on the phone that her name should be â€˜Evidentâ€™ instead of Evie; of course I was joking, but at the same time I realize that Christ is very evident in her. It shines on her face when she sings and it flows out of her like a river. God grant me a portion of the evident Christ that is in Evie Karlsson.Â  Evie, my new friend, I would say this to you, â€œkeep on singing!â€ The world needs to hear the message of Christ, which you so beautifully deliver.Â Â

Evie would be thrilled to hear from you.Â Â  Please visit her either on her website and listen to and order some beautiful anointed music, or connect with her on her Face book page.

http://www.youtube.com/watch?v=nE1KSPaes1E Let my life be a picture

http://www.youtube.com/watch?v=hU5B0R-fBOY I shall see you soon again

Questions? Comments? Is there an artist you would like to see featured by Phil Foster? Email Phil atÂ prossfoster@gmail.com .