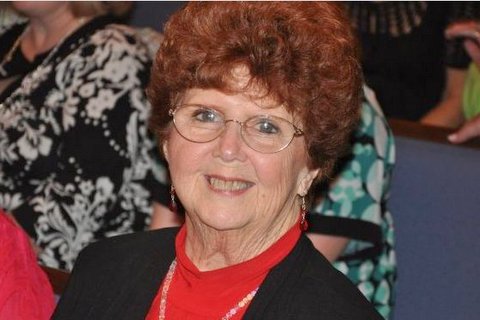 I believe a voice such as this is God-given and should be used every moment of every day for God’s use. (1)

In our continuing effort to pay tribute to long time Gospel artists, the name Bobbie Jean White came to my attention some time back. I contacted Bobbie Jean, or BJ as she likes to be called, and asked her if she would like to be featured in an article on SGM Radio. BJ was very gracious and eagerly agreed to an interview. However, BJ informed me, because of a hearing loss, the interview would have to be done by email. This health issue became a defining moment in BJâ€™s life, following a lively career in Gospel music.

Bobbie Jean White has been known as the Kate Smith of Gospel music as well as the First Lady of Gospel Music. As I started the research for this article, it became very evident that this Â lady has an anointing on her and is very dedicated to the cause of Christ.Â  BJ has been singing since she was three years old! She was one of the original members of Andersonâ€™s legendary Hi-Neighbor Quartet back in the 40â€™s and 50â€™s. She has appeared on stage with many legendary artists, such as the Blackwood Brothers, the Statesmen, the Speer Family, the Cathedral Quartet, the LeFevres, the Nelons and many more.

BJ signed a contract with Skylite Records and Television Network Talent Agency in 1966 and sang many years as a soloist.Â  Following this, she joined the Smitty Gatlin Trio and travelled many miles a year covering the United States and Canada as well as the Virgin Islands.Â Â  After three years of this endeavor, she moved to Anderson and formed the group Spirit Singers.Â  Â Â

BJ says she had a Godly upbringing and exclaims, â€œWhat a joy to have had supportive loving parents.â€™â€™Â  On June 30th 1946, she married the love of her love, E.C.White Jr.Â They were married for an incredible 60 years, until the Lord called Junior home in 2006.Â  Bobbie Jean says, â€œI miss him dearly, but thank God there will be a glad reunion day!â€

I asked BJ when she knew she was to be a Gospel singer. â€œMy mother prayed for her baby to have a voice like a friend of hers and that I would sing for the Lord. When I was born, my voice was so low and strong, everyone said that I was a singer.â€

â€œI sang in church at the age of three years old,â€ continues BJ. â€œMy first professional appearance was at the age of nine with a quartet. God has allowed me to sing with all the Gospel legends. I have become good friends with many of them.â€ 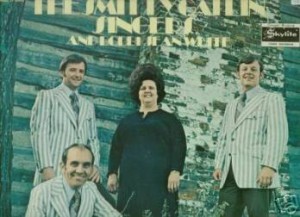 BJ has had a prolific recording career. â€œMy first album was in the 60â€™s,â€ says BJ. â€œIt was on Crown Label and was mostly hymns, which I loved. It turned out to be a miracle because of the way everyone helped to get it recorded. It did very well. I went on to make 21 albums.Â  My last recording was in 1997.Â  I have never felt the power of the Holy Spirit like I did on this recording. God really poured it on. I praise Him for that.â€

When asked who she considered to be the best group she ever sang with, BJ responded, â€œPhil, I have sung with some wonderful groups. It is hard to say who was the best. The Hi Neighbor Quartet helped me to get started singing. They made my dream come true to be a Gospel singer. I spent the best six weeks of my life with the Melody Masters Quartet. Big Chief called me to sing with them. Later, they became the Statesmen.â€ Big Chief was always there to lend BJ a hand with her ministry.

She continued, â€œJake Hess was in that group, Wally Varner played piano, but Smitty Gatlin was the absolute best. He was wonderful to sing with. When I went to Nashville, Smitty was singing with his Trio at the time. I was signed to sing on Sky Lite Cavalcade TV shows with Smitty, the Rebels, Swannee River Boys and the Bellaires. I also filled in for Cat Freeman of the Melody Masters, before they became the Statesmen.â€Â Â 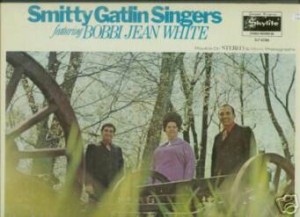 In 1971, BJ decided to come off the road to be with her family. Ten years later, she joined the staff of WHPB in South Carolina and there she remained until the station closed in 1995.Â  She went on to work at WRIX until 1997.

In 1997, BJ suffered a health issue that would change her life. Bobbie Jean was driving and shoved in a cassette of her latest recording to see if the recordings had turned out the way she wanted.Â  It was then she discovered something was wrong. â€œI could hear, but it sounded like an old, broken speaker,â€ Bobbie Jean said. â€œIt was awful. I went to every tape player in the house. I thought something was wrong with the tape player.â€ It was then she discovered that she was deaf in her left ear. Eventually BJ lost hearing in both of her ears. This was devastating to BJ as she learned she would never sing again professionally.Â

â€œIt was so isolating,â€ Bobbie Jean said. â€œI would sit at a table for dinner and I couldnâ€™t understand a word anyone was saying. It was so aggravating.â€

Bobbie Jean applied for a cochlear implant. It took 12 long years, but eventually the doctors approved the request for an implant. This was a frightening time for BJ.Â  There was a chance that the implant would not work and that she would be deaf for the rest of her life. The very thought of that possibility would frighten anyone.

The day finally came when they turned on the implant, which was placed behind Bobbie Jeanâ€™s right ear. They had to make a 4-inch incision for this to happen.Â  The doctors informed BJ that she might not hear anything right away. Bobbie Jean says, â€œI even heard the beeps as they programmed the implant. To me, it sounded like little chipmunks.â€

That day, she once again heard her son tell her that he loved her. Later at home, she was sitting in a chair in front of her window and heard a tapping noise on the glass. BJ turned off the TV and made sure everything else was turned off.Â  â€œI just sat there and wept. I sat like that for hours. It was so beautiful to hear the rain.â€

BJ says, â€œI give the Lord and my family credit for being so supportive to me. God has been so good to my family and me. It was a privilege to sing for the Lord all those years.â€Â 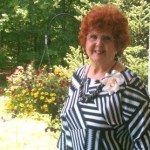 Bill Griffin, Â a promoter in Western Canada, has fond memories of Bobbie Jean. Bill was a promoter in Peterborough Ontario in the 70â€™s and brought BJâ€™s group up many times.Â â€œIn the early seventies, Pilot Gospel Music Association brought to Ontario, Canada, a group called â€œThe Smitty Gatlin Singers” from Nashville, Tennessee,â€ says Bill. â€œThe Ontario audiences instantly fell in love with these dedicated minstrels. As Smitty sat at the piano and poured his heart into each song, a tall vibrant lady with beautifully coifed hair and exquisite clothing sang a clear powerful alto or lead. Her name was Bobbie Jean White and she still encourages us with her recordings of After All and Higher Ground.Â  Bobbie Jean exuded joy, God’s love and excitement. Her sincerity and genuine desire to introduce her audiences to her Savior were evident in every song. Bobbi Jean’s love and concern for Smitty, who was fighting a cancer battle, not only touched the heart but displayed her tender, compassionate nature.â€

â€Bobbie Jean was known as a soul singer,â€ continues Bill. â€œWhen she opened her mouth, you could feel her soul. When Bobbie Jean sings, people listen. Â She has such a powerful voice and places emphasis on each word, clearly heard as she sings. Â When Smitty Gatlin and Bobbie Jean White would tour through our cities in Ontario, they were greeted with standing room only crowds. One of the reasons for this was the ability of Bobbie Jean to move, inspire and to entertain those who attended and leave them wanting more of her wonderful, anointed singing.â€

On a personal note, as the writer of these articles, I find myself constantly shaking my head at the incredible trail of groups, recordings, songs and experience these wonderful Godly men and women like Bobbie Jean White have left.Â  One can never begin to fathom the hundreds of thousands of miles traveled by these artists, or the countless souls that have been touched. Only Heaven above will hold the answer to that.

Have you enjoyed this feature by Phil Foster? Write to him at prossfoster@gmail.com