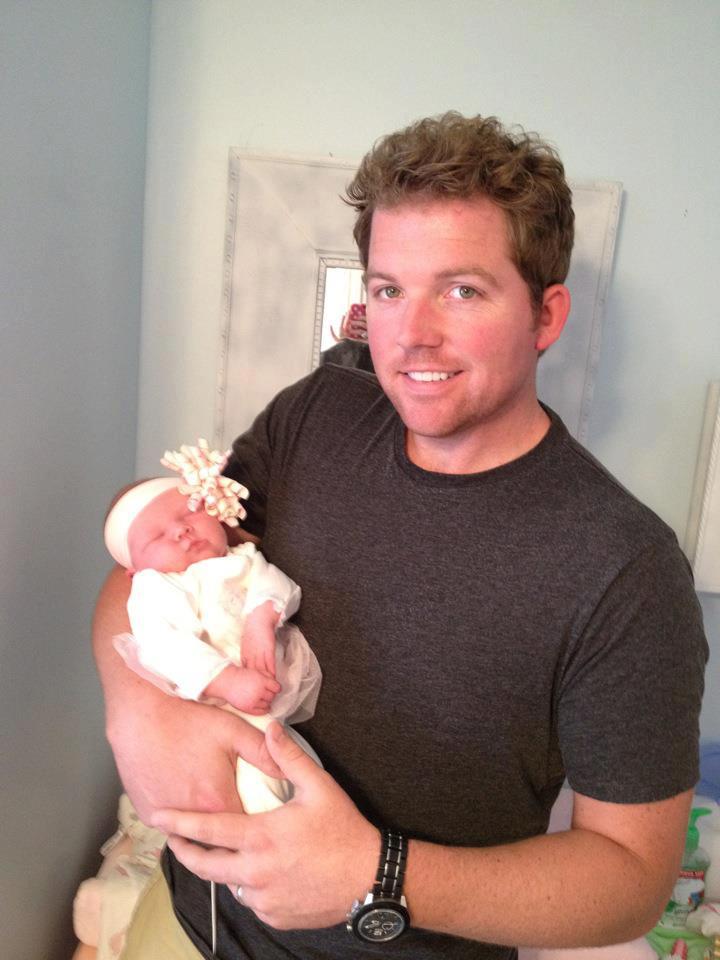 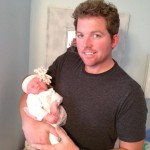 I will never forget August 24th 2012. On that day I experienced one of the highest highs and the lowest lows, at this point in my life.

Around noon on that day my beautiful little girl, Embry Caroline was born and weighed 8lbs 7oz.

All of the family was there; everyone got a chance to hold her and got to “goo goo ga ga” over her. They took her to check things out and do normal procedures with her. Everything checked out fine and we were in cloud 9.

That night I decided to go home and let some of my wife’s family stay with her and the baby since they there was only so much room and they lived five hours away from us.

I woke up the next morning to a startling phone call. Though the night Embry had begun to stop breathing repeatedly, for lengthy periods of time.

They rushed her to the ICU and just like that everything went silent.

We spent the next week waiting on test results, to rule out the different possibilities of damage to Embryâ€™s brain and body. During this time prayers by the hundreds of thousands were lifted up through outlets like email, Triumphantâ€™s website, Facebook, Twitter, etc.

Now, I’ve been a Christian most of my life and I’ve prayed for people and I know I’ve been prayed for, but in this particular situation I felt prayer like I’d NEVER felt it before.

The peace and comfort it gave my wife and I was unreal!

Looking back on it now, we were so strong during this situation, even when others around us werenâ€™t.

The final diagnosis was that seizures caused her to stop breathing and she eventually grew out of it, as far as we know. She spent two-and-a half months with a heart monitor and medications but she’s now cleared from all of that.

I truly feel God used this situation to strengthen our faith, our marriage and our belief in the power of prayer. Prayer works and prayer still changes things.

I’m so thankful for all of you who took the time to pray for my little girl. We love you and thank God for His miracles!

For this blog, SGMRadio welcomes guest bloggerÂ Scotty Inman of Triumphant Quartet,Â who has related his story of healing and the power of prayer. We hope you take the time to consider his words and their application to your life.

Donâ€™t forget to leave him a note and thank him for his contribution to SGMRadio and our world. Email: scott@triumphantquartet.com 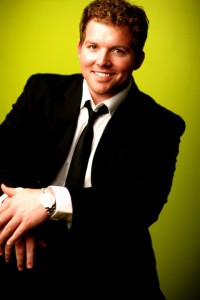 As a gospel music singer, Scott Inman is carrying on a family tradition that is now in its second generation. In fact, as a member of Triumphant, he has the honor of singing alongside his father, lead vocalist Clayton Inman.

Scott started out with the group Poet Voices in October 2001 and quickly became a fan favorite. In fact, he has already won gospelâ€™s Horizon Favorite Newcomer award, which recognizes the performer judged by fans to have the brightest future in the industry.

Scottâ€™s energy and youth, along with his extraordinary voice, help make Triumphant a well-rounded gospel group. He now resides in Pigeon Forge, TN with his wife Kasey and daughter Embry. He is very excited to be a part of Triumphant.

Scott was voted the 2007 Young Artist of the Year by the Singing News Fan Awards.