Hey Yâ€™all! What a wonderful summer that this has been so far. Although it has been quite HOT, weâ€™ve not been experiencing extreme drought this year in our area and that is a Blessing! Well friends I decided to take a little different turn on this monthâ€™s article and I hope and pray that yâ€™all enjoy it. Weâ€™ve talked with several artists that you can see on stage almost every day. This month weâ€™re going to talk with someone who makes all of our lives, both artists and fans, a lot better. In fact without people like Jerry, weâ€™d have nothing to play and sing and you would have nothing to listen to. The gentleman that Iâ€™m writing about is Jerry Salley. Some of you may be saying, â€œwho?â€ But for those of you who are like me and read those credits on the c.d.â€™s and in the magazines, you know that Jerry Salley is one of the premier songwriters of today. Although I have been friends with Jerry for many years now, I learned a great deal about him and thoroughly enjoyed our conversation in preparing for this article. 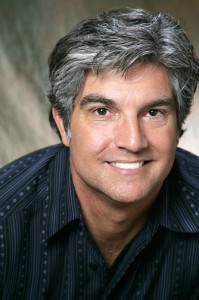 Jerry started playing and singing when he was only 10 yrs old. With his Dad playing banjo and his Grandpa a preacher, he grew up with a rich history in both music and the Gospel. He won a talent contest while still 10 and his love of music grew stronger as he grew older. Jerry recalls growing up listening to The Grand Ole Opry and the Midnight Jamboree afterwards and remembers dreaming and visioning himself on that stage. He feels that dreams and positive thinking are very important to us in this life. God has blessed Jerry that both of those dreams have come true. Jerry wrote his first song when he was 16, a bluegrass tune titled â€œEven Though Your Love Is Goneâ€. Then when he was 18 he had some of his songs recorded regionally in Ohio where he grew up. With his dream of wanting to be a singer and writer Jerry went off to college at Ohio University and started as a music major. Jerry talked of his first piano class in college and how the professor asked him who was his favorite piano player and that the professor had never heard of Ronnie Milsap. That experience along with the fact that the college didnâ€™t offer the exact music major that he was wanting prompted Jerry to change his major to business. He graduated from college with a Bachelors degree in Business Administration and he says that it has helped him to make good decisions in his career and it gives him something to always fall back on if he ever needs it. Jerry soon moved to Nashville, TN in mid to late â€˜82 and soon got a job at Opryland in the Country Music USA show playing Flatt and Scruggs with Steven Curtis Chapman. He worked there from â€˜83 to â€˜88 while working on his writing because by this time it had become his main focus in his career and the performing became second. Jerryâ€™s first nationally recorded song was by The Kingsmen and he was blessed to get to ride to Alabama with members of the Benson Company to see them record it live. Some of us gospel music fans will remember this song â€œTell Everyone You Know, You Know Jesusâ€. Since then Jerry has had songs recorded by so many artists in so many different genres of music that the list would be way to long to include in this article. Weâ€™ll just say that heâ€™s had A LOT of success including Top 5 songs in country music recorded by artist such as Reba McEntire and Jon Anderson. Several bluegrass hits including the one that he recorded on the Grammy winning project â€œLovin, Livin, and Losinâ€ a tribute to the Louvin Brothers, along with Carl Jackson and Larry Cordle. I asked Jerry what his greatest success song would be and he quickly named â€œHis Strength Is Perfectâ€, a song that he co-wrote with his friend Steven Curtis Chapman. This song won Jerry a Dove Award for Inspirational Song of the Year and has been recorded over 200 times. It also is included in the Celebration of Life hymnal. Other recent hits that you may recognize by Jerry are: I Want To Thank You by Karen Peck and New River, The Broken Ones by The Talleys, John Into Jordan by Ernie Haas and Signature Sound, and our newest release Sometimes You Gotta Rock The Boat by The Watkins Family. Jerryâ€™s writing has garnered him a Dove award that we mentioned earlier along with 9 more Dove nominations, a Grammy, numerous SESAC awards for both gospel and country, 2 IBMA awards as well as 4 nominations, over 340 songs recorded, and close to 20 million recorded sales.

I asked Jerry about co-writing because it is something that has recently come to my attention as to how much of it is going on these days. He told me that before he moved to Nashville he thought that you were just a songwriter and has always enjoyed writing by himself. When he started working in Nashville they started putting him with different writers to work and he said that being a people person it really worked out for him. He shared that he would sometimes bring in a song that he had been working on and the input and different perspectives can make a difference. Plus having more publishers involved means more people are pitching and working a song to get it recorded. Also having a family now doesnâ€™t allow him a lot of time to work at home so itâ€™s really a good thing in many ways. I asked who are some of the most memorable people that heâ€™s worked with and again he said that there are so many people that have helped him through the years and are so wonderful but I finally got him to list a few which include Bill Anderson, Porter Wagoner (who got him on the Opry the first time), Doyle Lawson, and then we started talking about the first time we met. My family first met Jerry in another songwriterâ€™s living room by the name of Dee Gaskin.

Now letâ€™s get back to his performing. I knew that he had not been spending every moment in music on just writing so I asked what heâ€™d been up to otherwise. Jerry shared that he has been doing some dates with Carl Jackson and Larry Cordle as The Trio, Cordle, Jackson, & Salley. He also does songwriting seminars and shared that he would love to start doing some dates in gospel venues and churches as well. Jerry answered another tough question for most and thatâ€™s what is his favorite kind of music. He said that he really has a heart for bluegrass gospel and really likes traditional country too. I also asked his philosophy towards music and writing. Jerry likes to start with an idea and let the lyrics dictate the melody as to whether itâ€™s sad, happy, etc. But Jerry also wants to write songs that move people and make a difference. He sees the future of gospel music as a growth industry. With the situation of the world and this country he sees more people realizing there need for God and turning to Him for hope and the future. He said that he loves seeing young people like us coming in and offering that to others and would love to see even more of that happening. Where other genres have been dropping off in sales somewhat he says that heâ€™s noticed gospel staying strong.

I hope that yâ€™all have enjoyed getting to know Jerry and a little more about songwriting. I for one am so Thankful to Jerry and all of the great songwriters out there who put there heart and thoughts to pen to reach out to others. And as Jerry said in our conversation and I told him it applied to us all, â€œWeâ€™re blessed beyond what we deserve.â€ If you would like to find out even more about Jerry Salley you can log on to his website at orwww.myspace.com/jerrysalley .

Remember that this life is full of ups and downs, highs and lows but with the Lord guiding us we will make it through on the winning side.