What keeps life interesting is diversity. The same applies to music. Southern Gospel is unique in the fact that it covers a broad range of styles; from good old-fashioned quartet singing, to the newer contemporary powerhouse sounds, to lush family harmonies; there’s something for everyone to enjoy.

Such is the case with the legendary ministry of Ivan Parker, now joined by his 26 year old, guitar playing son, Josh. Father and son are bridging the gap between traditional and contemporary music. In Josh’s words, “As you can see in our services, it’s not hard to combine both types of music. It is an awesome way of bringing everyone together as one unit, instead of separating into two groups.” I’m a believer that everyone can find something to take away by embracing both styles. Enjoy the next few moments getting to know the cool dude behind the guitarâ€¦

Erin: For those that may not know, why don’t you share a little about the transition over the last few years from college to roadie life?

Josh: I was working retail during my college years, but in the back of my mind, I wanted to play guitar for a living. I knew someday, playing would become my career, but I never dreamed I’d be on the road with my dad.

Erin: What was it like growing up with your dad being such a prominent figure in Gospel music?

Josh: To me, he was always ‘Dad.’ I never fully understood how famous he was, even though meals at restaurants or a walk through Target drew fans. He was on tour a lot with Gold City when we lived in Alabama and also when we moved to Nashville. I knew he loved what he was called to do. The side benefits were Gaither Homecoming concerts, when I was welcome on Vestal’s bus for some great food and hugs.

Erin: What was the behind the scenes studio process Â  like while cutting your new album?

Josh: One word: Coffee and lots of it. It was an amazing experience! I had been in the studio all my life, but had never been on the other side of the glass. It was intimidating at first, but once I found my stride, we were off and running when we hit ” Awesome God.” The album is my instrumental take on five songs, which are a combination of the old and new.

Erin: Desert Island – acoustic or an electric with a solar powered amp?

Erin: What is the strangest thing a fan has ever said to you?

Josh: “You look like your Mother!” My response was a profound, “What??” All I hear is how I look like my dad, so this one comment stopped me in my tracks.

Erin: The standard, always have to ask, most important Gospel artist question isâ€¦ What is your favorite food? 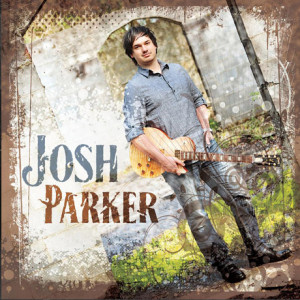 Erin: Who are the top five bands or artists as of late you would be found jamming out to?

Josh: I am an old soul at heart, so when it comes to music, I respect the older bands like Chicago. I have a secret dream to perform with them live. Eric Clapton, John Mayer, Lincoln Brewster – he can shred a guitar – and the always classic, DC Talk.

Erin: So far in your career, what concerts have touched you the most and personally affected you the deepest?

Josh: This past spring in Myrtle Beach at Singing in the Sun was fantastic! Being part of the Abraham Productions’ band, playing for thousands of people who stayed on their feet, solidified what I feel is possible for Gospel music and also for my life.Â Another key moment that affected me was when a little boy in Maryland came to the altar, by himself, with tears in his eyes. I don’t know what his burden was, but it touched me deeply to see a kid being so bold to come to Christ for answers. The Bible says we are to come to Him as a child and believe with childlike faith.

When it comes right down to it, it’s that simple: to boldly seek after our Father with childlike innocence. It seems we have overcomplicated faith to the point where we struggle to accept the kindness and mercy of our Savior that has been so freely bestowed upon us. May we not lose sight of making our requests known to Him, for He really does care for each one of us. Thanks to Josh for stopping by and chatting with us today. Also, pick up a copy of his self-titled CD available at www.ivanparker.com. Until next month, Scoops fansâ€¦

And that’s my take on it.