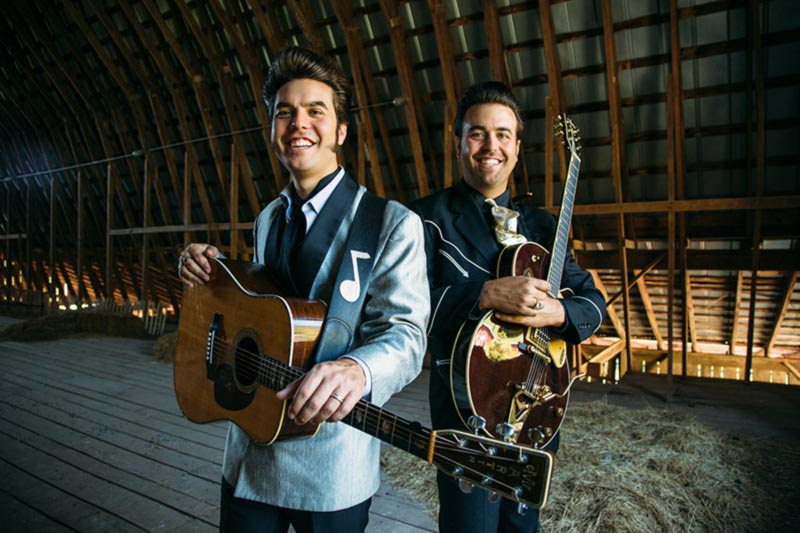 DENTON, NC – After recently announcing his retirement , bluegrass giant Doyle Lawson has decided to pass the baton for his 41-year annual festival, held at Denton FarmPark in Denton, NC, to The Malpass Brothers. The Doyle Lawson and Quicksilver Bluegrass Festival will now be named The Malpass Brothers Bluegrass and Country Festival, sponsored by Springer Mountain Farms.

Taking place May 5-7, 2022, this yearâ€™s festival brings a blend of Bluegrass, Americana, and Country to the FarmPark and its festival loyalists. The Malpass Brothers, Deeper Shade of Blue, Russell Moore & IIIrd Tyme Out, Donna Ulisse, Darin & Brooke Aldridge, and many more will bring a weekend of great music with entertainment that the whole family can enjoy!

â€œDoyle Lawson is one of the true legends in Bluegrass music. Just to be a small part of anything he is involved with is an honor,â€ said Chris Malpass. â€œWe have had the privilege of being at his festival for a few years now and itâ€™s always great. Taylor and I are truly honored to have the opportunity to carry the torch for our heroâ€™s music of yesterday while we showcase the music and artist of today. We look forward to hosting this legendary festival and are excited to keep the music we love alive for future fans. Congratulations to Mr. Doyle on his retirement and his future endeavors.â€

â€œIt is a complete honor to be taking over a legendary festival like Denton. It has been my favorite festival in all my years of touring,â€ shared Taylor Malpass. â€œDoyle Lawson is one of the finest men and musicians in the business and to come in after his retirement is a dream come true. We will do our best to keep this festival as traditional as we can while still giving new artists a chance to grace the stage of this legendary festival.â€

â€œ10 years ago if you wouldâ€™ve told me that the hottest act on the Bluegrass would perform with drums, electric guitar, and never play Bluegrass, I wouldâ€™ve thought you were crazy. But, 10 years ago I had not seen The Malpass Brothers,â€ shares Ernie Evans. â€œNot only have they paved the way for others but theyâ€™ve fearlessly bulldozed a path inspiring others to be themselves. Debi and I would like to say congratulations and are excited to see where this new venture takes them.â€

For ticket purchases or camping reservations call (336) 859-2755 or download a form and mail it in or email it to dentonfarmparkoffice@gmail.com and they will confirm availability and cost total. Visit dentonfarmpark.com for more information.