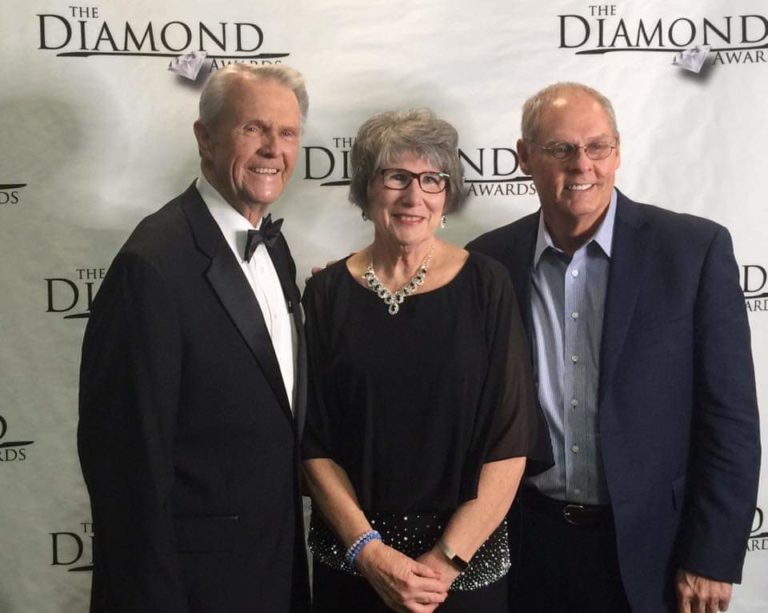 Tuesdays at Creekside. Â Â If youâ€™ve ever been here, you know exactly what that means without any further explanation. Tuesdays at Creekside begin at 9:00 a.m. with music in the Showcase Hall, followed by the evening concert at 5:00 p.m., Diamond Awards, and Midnight Prayer. This year was no different. At 9:00 a.m. Pastor David Mathis from Living Hope Free Methodist Church in West Unity Ohio, opened the day with prayer. Â Pastor Dave has been a friend to many of the Creekside artists including Hopeâ€™s Journey, Southern Raised, Mark209, and Kristen Stanton. The morning was filled with a non-stop rotation of artists which lasted until approximately 2:00 p.m.

At 5:00 Scott Roberts and the 5 oâ€™clock band hit the stage, playing some well-loved hymns and classic gospel songs which always gears up the audience for the rest of the evening. Tuesday night featured a lineup of great artists leading into a time of singing and preaching with C.T. Townsend and his wife Becky. The atmosphere was electric and the crowd was talking well past the end of the evening about the message Townsend delivered. Â The message was a great reminder that God has already blessed us with what we need, so when we feel like we have nothing left, we need to go take another look. And when weâ€™ve done everything we can, we need not fear because God will step in.

For many in attendance, the highlight of Â the evening were the Diamond Awards, hosted by Dr. Jerry Goff and Jan Buckner Goff. Gloryway Quartet, who won the Sunrise Quartet of the Year, were asked to open the awards show with some singing. Â Justin Crank from Gloryway reported that it was an honor just to be asked to be part of the Diamond Awards.

â€œWe didnâ€™t think we had a chance at winning. Â We just want to give God glory first and a thank you to all of our fans and family for their love and support,â€ said Crank.

Winning multiple awards were the Jordan Family Band with the Sunrise Song of the Year, Â â€œThis is the Day;â€ the Gospel Music Today Video DVD of the year, and the Sunrise Award.

Also walking away with awards were:

The Children of the Promise â€“Sunrise Trio of the Year

The Williamsons â€” Mixed Group of the Year

C.T. and Becky Townsend â€“ Duet of the Year

The Kingsmenâ€”Quartet of Â the Year

The evening closed out with Exodus leading Midnight Prayer, once again centering on how prayer changes things. Â God has met with us in this place. And itâ€™s not over yet.