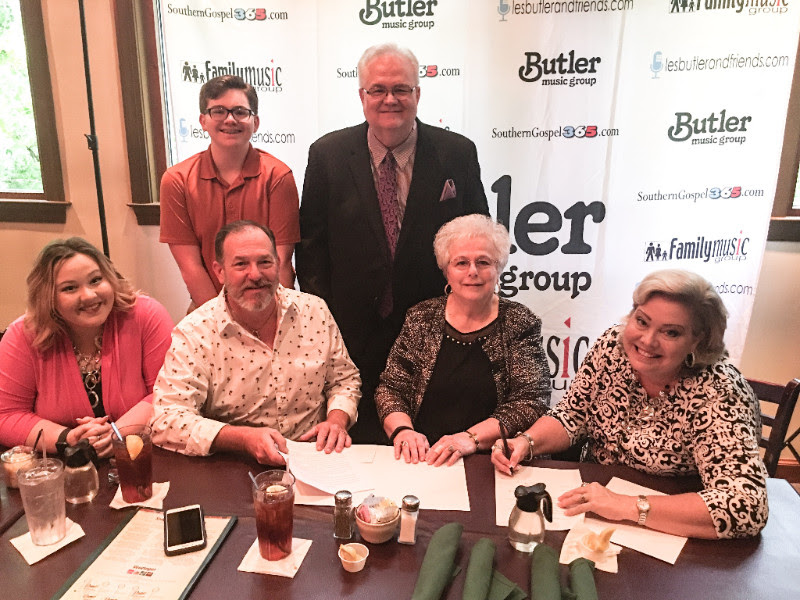 Nashville, TN (May 30th, 2018) Last year, Great Day announced that they would be changing their name to the Ferguson Family and since then they have been riding a surge of momentum. Adding to the excitement, industry leaders gathered with the Ferguson Family in Hendersonville, TN recently to celebrate the signing of a booking agreement with Rivergate Talent Agency.

â€œWe are thrilled to partner with Bonnie White and Rivergate. They have always worked with the best artists in Southern Gospel and we are honored to be a part of their family,â€ stated Bill Ferguson. Currently, Rivergate represents the Dixie Echoes, Troy Burns Family, Heirline, Gann Family and Christian comedian Trevor Thomas.

â€œBill, Brenda, Lisa and Steven truly desire to see lives impacted for Christ! They have been blessing people with their music for well over a decade but itâ€™s exciting to see God moving in their ministry in fresh and exciting ways,â€ added Les Butler.

â€œBefore our signatures every made it to a contract, Bonnie already had new dates on the schedule. That speaks volumes and we canâ€™t wait to minister where God opens the doors,â€ added Bill Ferguson.

For more information on the Ferguson Family, go to www.fergusonfamilymusic.com.

Born in Texas, Bonnie has lived in Nashville, Tennessee since 1987. Since entering the gospel music industry, Bonnie has made a lot of friends all over the world. Her down home friendly voice personifies her warm personality. She is always eager to work with churches, promoters, fairs, and other venues to fulfill talent needs at a reasonable price.

Bonnie’s goal for Rivergate Talent Agency is to further the Gospel throughout the world with song through the ministry of Christian artists.