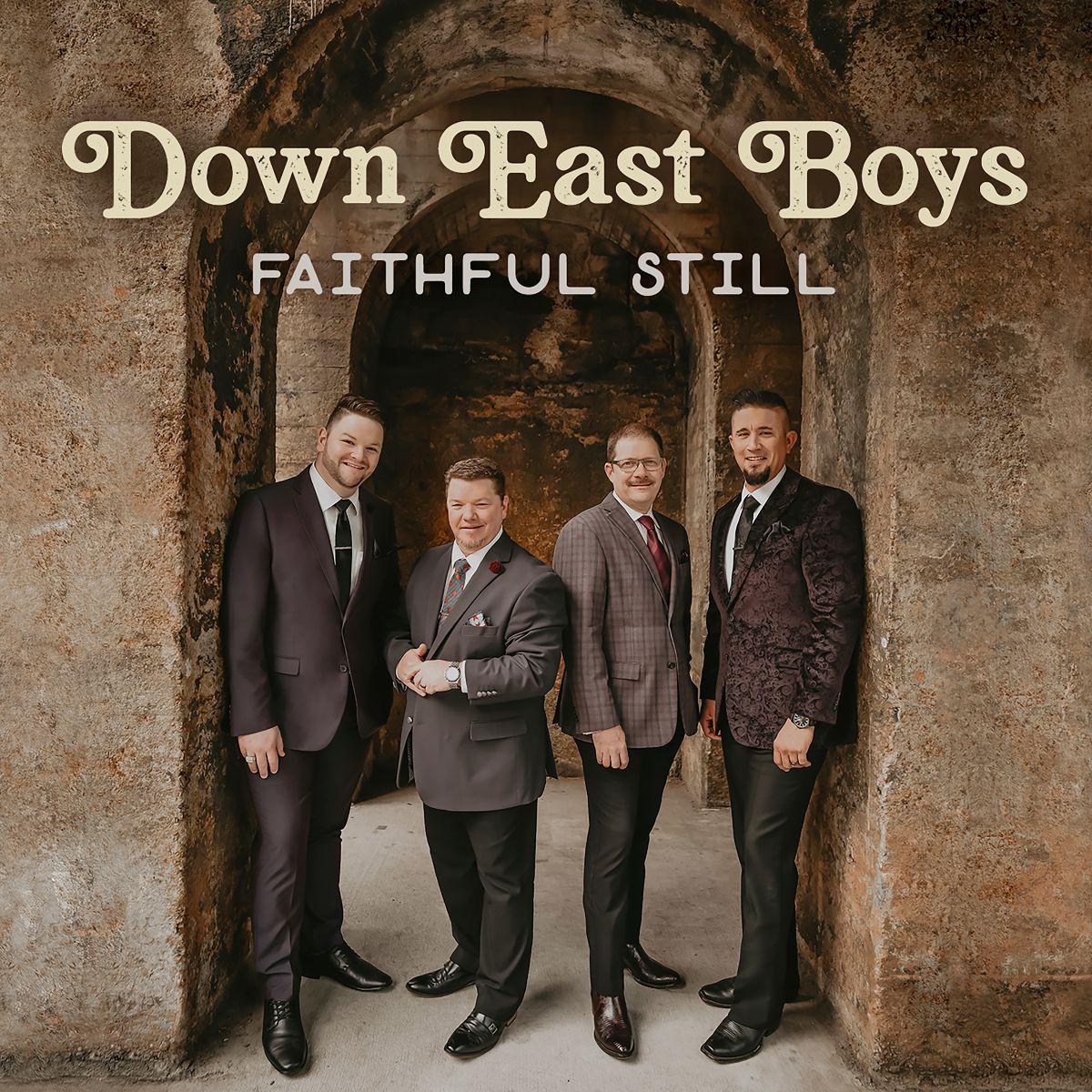 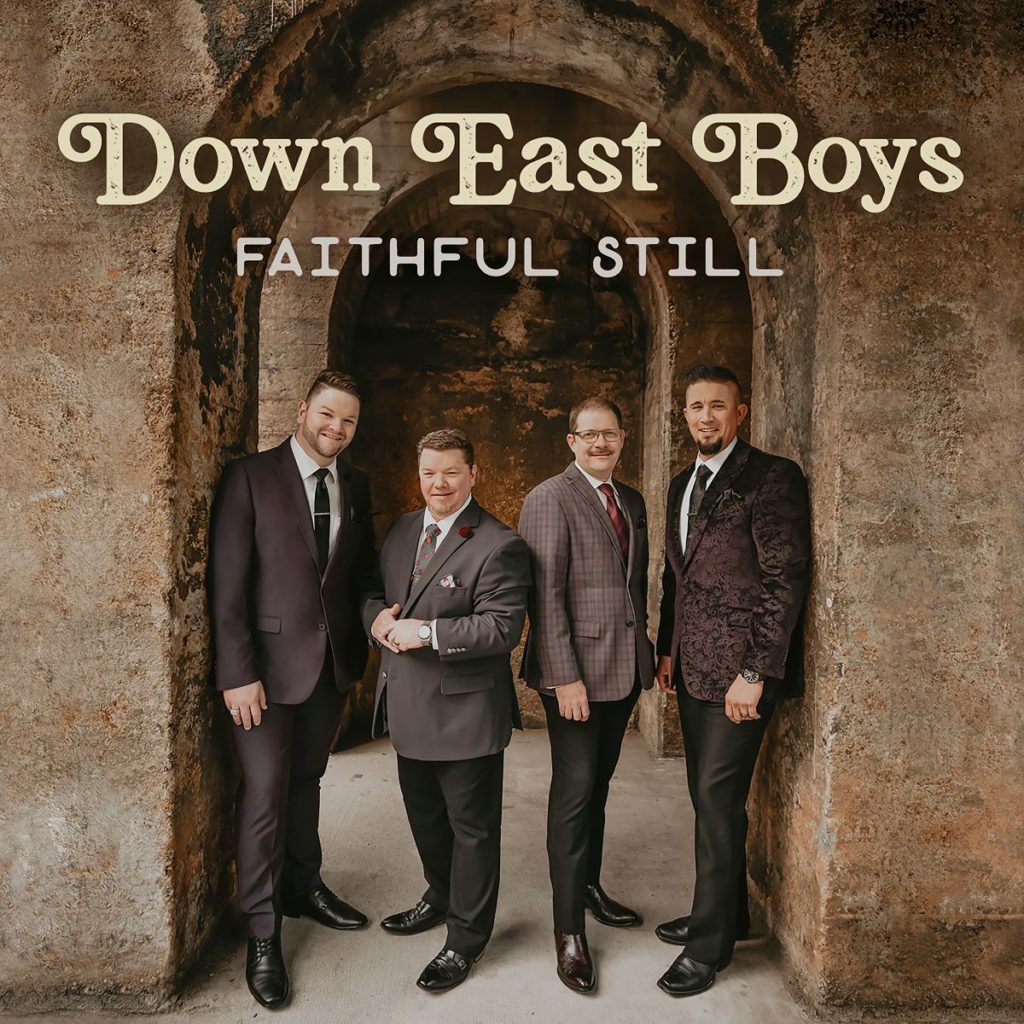 Arden, North Carolina (March 24, 2020) â€” In the last year and a half, the Down East Boys (website here) have continued to grow their ministry, garnering the attention of Southern gospel tastemakers and fans with three number one songs from their album, One Day In The Past. Now the quartet looks to continue that success with another album with themes of hope, love and faithfulness. Faithful Still â€” now available for pre-order ahead of its May 15 release on Sonlite Records â€” captures the Down East Boysâ€™ steadfast faith and desire to continue spreading Godâ€™s word with powerful music.

â€œWe are so excited for the release of this new project Faithful Still. With so much success from our last album with three consecutive No.1 songs and award nominations, we knew we had a lot to live up to,â€ says lead singer Ricky Carden. â€œFrom the day of final song selection to the final mix day, we felt like we had succeeded in making another project that will inspire, encourage, and most of all, point people to Christ.â€

The first radio single, â€œAmazing Amounts Of Amazing Grace,â€ begins the album on an upbeat note, with all four Down East Boys singing with an Oak Ridge Boys country feel. Stating â€œEvery day the Lord displays amazing amounts of amazing grace,â€ this song reminds listeners to not overlook Godâ€™s presence in their daily lives.

The Down East Boys tell stories of the cross and resurrection on â€œI Hear,â€ which details the Easter story from Christâ€™s entry into Jerusalem through the resurrection; and â€œA Story That Began At The Cross,â€ written by Kenna Turner West, Sue Smith, and Jason Cox, about how life today all goes back to the sacrifice Christ made.

â€œWhat Loveâ€ with Doug Pittman taking lead, and â€œGod Will, Yes He Willâ€ featuring the whole group, describe Godâ€™s all-encompassing love and care for us and how no matter whatâ€™s going on, His goodness will carry us through and lift us up. Other songs include â€œFall Like Jericho,â€ â€œChurch Of The Living Godâ€ and â€œBottom Of The Basket.â€

The album closes with â€œSweet Journey,â€ an uptempo song about savoring life with Christ at your side as a rock you can always rely on.

â€œThe songwriters who contributed to this project gave us their best and our producer Jeff Collins challenged us vocally more this time than ever,â€ Carden adds. â€œOur prayer is that people will receive the message in these songs and that in the end, lives will be changed for the cause of Christ!â€

About Down East Boys
For more than 30 years, the Down East Boys quartet has traveled from coast to coast, Canada and Mexico. Starting in eastern North Carolina the group chose the name from that region called Down East, but quickly expanded its ministry and has now recorded more than 20 projects and has had more than 40 songs reach the top of the Singing News charts. The Down East Boys features lead singer Ricky Carden, baritone singer Daryl Paschal, bass singer Zac Barham and tenor singer Doug Pittman, who each bring a richness to the groupâ€™s music and have been noted by industry leaders and singers as some of the best. The Down East Boys have been afforded many great accolades to their credit. Three songs â€” â€œBeat Up Bible,â€ â€œTestimony Timeâ€ and â€œIâ€™d Like To Tell It Againâ€ â€” from their most recent album, One Day In The Past, have reached the No 1. position on the Singing News Chart. From performing with many evangelists through the Billy Graham Evangelistic Association, singing at Southern Baptist State Conventions and Evangelism conferences all over the country, to all the awards and nominations and the hit songs, nothing changes the goal of this group and that is to share the gospel of Jesus unto all the world.