The LeFevre Quartet: Fulfilling Their Calling 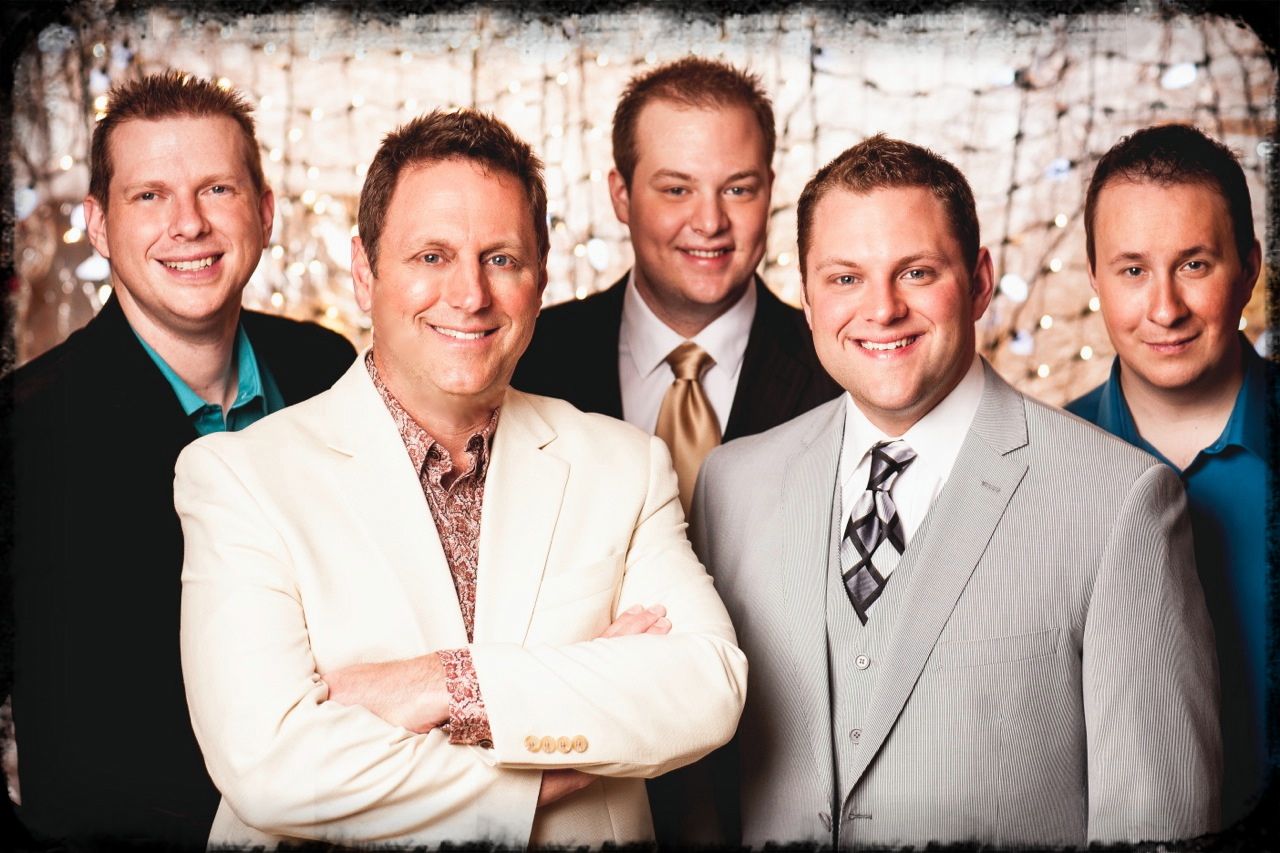 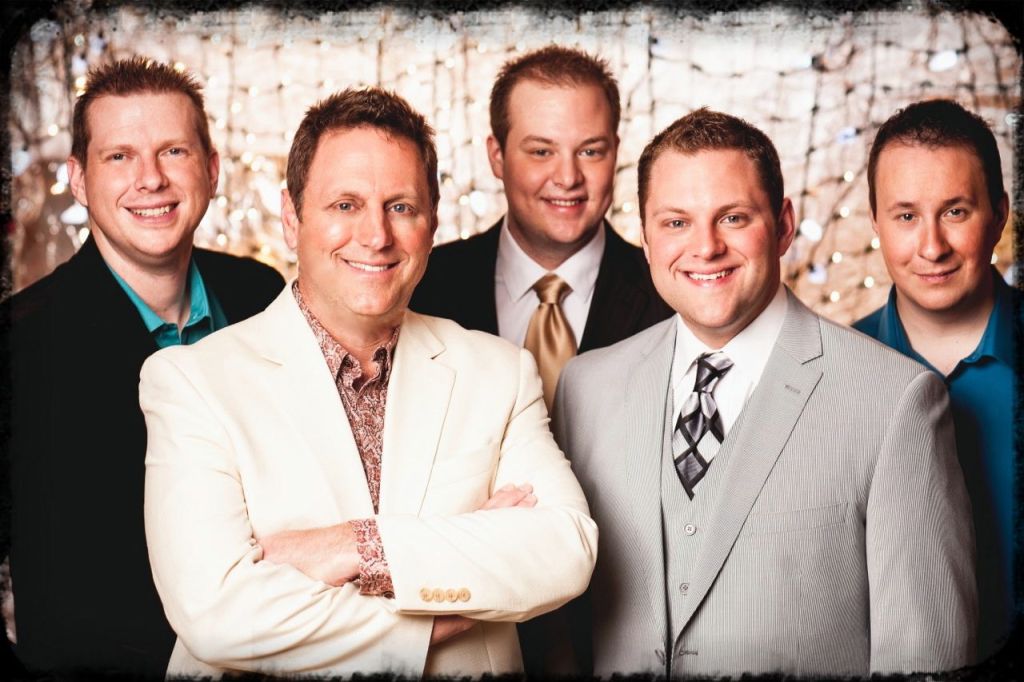 Singing the Good News of Jesus Christ is a family tradition for Mike LeFevre. His roots in Gospel music run deep. â€œMy fatherâ€™s brothers, Urias and Alphus, started The LeFevre Trio in 1921.â€ Nearly a century later the LeFevre legacy lives on in Mikeâ€™s ministry with The LeFevre Quartet. â€œFrom the time I was a child, I had a dream to sing. Gospel Music was my passion all my life. In the beginning I sang for myself, but when I surrendered my life to Christ in 1988, it became my calling and I sang for the glory of the Lord.â€

Mikeâ€™s resume is very impressive. He began his musical career singing with his uncles after the legendary LeFevre Trio retired. Then he went on to sing with The Singing Americans, Brian Free and Assurance, and Gold City. Fans were quick to recognize his talent and ministry heart. He won â€œFavorite Baritone Singerâ€ in The Singing News Fan Awards three years in a row.

The LeFevre name has long been regarded as one of the finest in the Gospel music industry. It doesnâ€™t look like this will change anytime soon. The journey continues in Mikeâ€™s son, Jordan, a third generation LeFevre to answer the Call and sing for the Lord in an organized group. Mike is proud of his multi-talented son. â€œJordan has been part of The LeFevre Quartet from the beginning. At first, he played the drums, but now he plays the bass guitar and sings lead.â€ Fans took notice of Jordan immediately. He earned the group a â€œFavorite Bandâ€ nomination in the Singing News Fan Awards, as well as the â€œHorizon Individual Award.â€

Every quartet needs a gifted pianist. God blessed The LeFevre Quartet with one of the best in Michael Lott. At the tender age of five, Michael started playing the piano. At 17, he became a full-time pianist for The Bradys and later The Diplomats. Michael added, â€œAs a born-again Christian, I am answering the Call of God on my life. I am thankful He has called me to The LeFevre Quartet.â€ 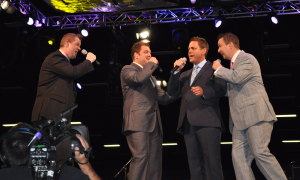 Thomas Nalley, tenor singer for the group, grew up singing in the church; but when his wife, Sarah, introduced him to southern Gospel music, Thomas became a fan for life. He, too, answered the Call to serve the Lord through song. His fans and colleagues appreciate his anointed singing and his compassionate heart.

Brandon Barry, bass singer for the group, fell in love with Gospel music when he attended his first Gospel music concert with his parents as a young boy. â€œWhen I heard George Younce and The Cathedral Quartet, I knew I wanted to sing Gospel music. When I was 15, I sang with my first group. I started singing full-time right after high school. Now, after 15 years of ministry, my commitment and priorities are to serve God with excellence. I want my heart to be true and pure as I carry out what God has called me to do for His kingdom.â€

Mike feels fortunate that their group has been able to keep the element of live music incorporated into their ministry with Michael on piano and Jordan on bass guitar. â€œDown through the years there have been some musical variances, mainly because of advances in technology, but the message has been and will continue to be the driving force behind our ministry and music.â€

Not only does the group have talented musicians and singers, but God has blessed them with some gifted songwriters. Brandon, Thomas, and Mike enjoy songwriting. Mike recently contributed a few ideas to Dianne Wilkinson for some great songs. Brandon writes for Phil Cross Music and does quite a bit of co-writing with Phil.

The group has been thrilled with their audienceâ€™s response to their radio single â€œPut It Right There.â€ Mike gave this testimony, â€œNumerous people have shared with us how the message of this song, combined with the power of Christ to change lives, has helped them conquer addictions. The song has touched lives all over the world.â€ 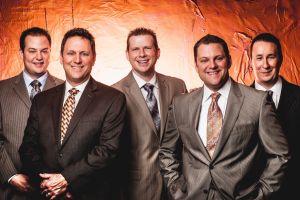 Marcie Gray, office manager for the group, said, â€œAn interesting thing happened when â€˜Put It Right There,â€™ written by Gerald Crabb, was released as a video on YouTube. Within a short amount of time it received around 130,000 hits and then the counter just stopped.Â We were so excited that it was reaching so many people, yet puzzled that it seemed to freeze all of the sudden, after the hits were climbing so rapidly each day.Â Then we found out what the problem was. YouTube had flagged it for copyright content and pulled the video. The link became invalid.Â The groupâ€™s record label, Activate Records, and their studio at Oak Tree Productions looked into it and proved to YouTube that we owned all of the licenses for the music and used the video material with appropriate permission, so YouTube put it back up.Â Unfortunately, the view history was lost, but even after all of that and without any promotional effort, the video has reached over 10,000 hits again. God is using that song, despite Satan’s attempt to get rid of it. The group has received numerous email testimonials from people who shared the video with a loved one or friend and used it as a tool to help them understand they needed healing only Jesus can provide. He is just waiting for them to, â€˜Put it right there, in the palm of His hand.â€™â€

Another song the Holy Spirit is using powerfully in the groupâ€™s concert is â€œJesus Saves.â€ Mike is thrilled to see the audienceâ€™s response to the David Moffitt and Travis Cottrellâ€™s original song. â€œIt is an account of the life of Christ with a powerhouse lyric, speaking to the young and old, and breaking down barriers. Itâ€™s the message the world needs to hear right nowâ€”Jesus saves!â€

Over the years The LeFevre Quartet has seen many souls altered at the altar. â€œOur group is inspired when we see someone surrender their lives to Christ in a concert. We get excited when someone walks down the aisle to the altar and gives God all their trials, fears, worries, and burdens. They leave the concert forever changed!â€

The common thread resonating throughout the group is their determination to fulfill in the Call of God upon their lives individually and also corporately as a group. They are passionate about sharing the Gospel. Mike said, â€œWe will continue in the capacity of Godâ€™s calling on our lives. Our daily prayer is that God would expand our territory. And as He does, we will answer His calling on our lives to the best of our abilities to tell the world, â€˜Jesus saves!â€™â€

The group and the family they leave behind realize there are sacrifices for their music ministry. Mike is quick to point out their ministry isnâ€™t glamourous. There is a price for doing Godâ€™s will. â€œItâ€™s always difficult when we head out to a concert and have to leave our families behind. We thank God for our wives and children who understand the Call on our lives because itâ€™s their Call too. We pray when we stand before the Lord one day, we will hear Him say, â€˜Well done, thou good and faithful servant.â€™â€ 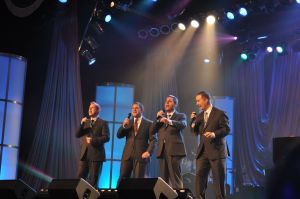 God continues to pour out His favor and blessings upon The LeFevre Quartet. Many ministry doors are opening for them. They have appeared on the Jim Bakker Show, Trinity Broadcast Network, Dollywood, and Missouriâ€™s Branson Belle.

The group has released two new CDs this year. The first was Something Familiar, for the fans who have requested songs like “Oh, What a Savior,” “I Know a Man Who Can,” “He Sent Me Running,” and “I Found Mercy,” written by Jerry Goff, who joined The LeFevre Quartet in the studio to sing it with them.

The second release in 2014 was Christmas Time is Here; their newest CD released just this month.Â It made its debut at National Quartet Convention and the first shipment completely sold out.Â The single from that album, “Children Go Where I Send Thee,” will be released to radio in the near future.

Highlights from the 2014 National Quartet Convention feature The LeFevre Quartet and their hit song â€œJesus Saves.â€ You can watch it at http://www.youtube.com/watch?v=gm15sBdv8yM.

For the current issue of SGN Scoops visitÂ http://www.sgnscoops.com/